It was in the late 80’s that Delft University really came to see the light. The future world of science and technology would be dominated by real science, from now on: no subjects more exciting and sexier than the discovery of anti-gravity, and such. Gone are the old fashioned stuck-in-the-mud steam, diesel fumes, oil and greasy paws.

So, when in 1989 ir. Cees Houtman, assistant professor Gas Turbines announced his retirement, that put an end to the legacy of Professor Stuart Mitchell, who had guided generations of students for decades into the magic world of the gas turbine. Why call it a magic world? Just imagine yourself standing in the middle of an engine shop, surrounded by a multitude of rotors, shafts, blades, nozzles and what not. Put them together, add fuel and all of a sudden, the engine takes to the sky. Now, if that isn’t magic!

The members of the then VGT, now Dutch Gas Turbine Association, decided it was time to act. I do apologize for possibly not mentioning all parties involved, but out of hand Thomassen, Stork, Indivers Group, Chromalloy, Dutch Navy, KLM and a number of others decided to join forces. The result of talks with academia and other parties, was a special chair in Gas Turbine Engineering at the TU Delft faculty of Mechanical Engineering, funded by industry. The newly appointed Professor Jos van Buijtenen started his tenure September 1, 1990 and we haven’t looked back since. The chair has grown in scale, scope and stature over the years. Countless students have found their way into this world, got jobs at home and abroad. This is not just the achievement of Jos and his staff, but also of the industry leaders who with a shared vision have added great value to the lives of many, many students and their careers.

One name in particular I would like to mention is Ben Droste. Ben, retired Air Force general, in his subsequent role of Dean of the Aerospace Faculty, provided a major upswing to embed the subject of propulsion engineering in his faculty.

Where we stand now with the SGO is a proud achievement by all concerned, Professors and Lecturers, Industry, TUDelft, and many more. Well done!!

Sometimes organisations like the TU make policy decisions that run counter to common interest, common sense, or both as in the case of shelving the Chair of Gas Turbines in the late 80’s. Rather than accept that as a fact of life, a small group of committed people set out to find another way and they succeeded. The lesson is: however adverse the situation is, there is always something you can do about it. A number of the original group of Founding Fathers is no longer amongst us, but please allow me to mention a few at the risk of not being complete.

I do mention Taeke Renkema, Goof Wisse, Kees den Hartog, Hans Bouland, all engaged in this endeavor with commitment and friendship. They would be immensely proud today to see how much has been achieved. The same is true for me, CONGRATULATIONS SGO!! 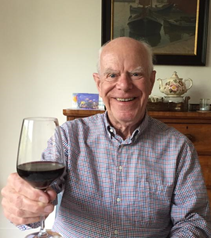